As a young girl Makiko Ryujin loved to burn her dolls. It's not that she was a particularly vindictive child; it just seemed the neighbourly thing to do.

Her hometown of Takasaki in Japan is famous for its rotund Daruma doll, and its Shorinzan Darumaji Temple is the site of mass immolations each new year. Now one of the most widely celebrated renewal rituals in Japan, the annual burning of the squat, googly-eyed dolls is thought to bring good fortune.

Today, in her studio in the north Melbourne suburb of Fawkner, the 36-year-old artisan chars delicate timber vessels instead. It's proving no less lucky for her. 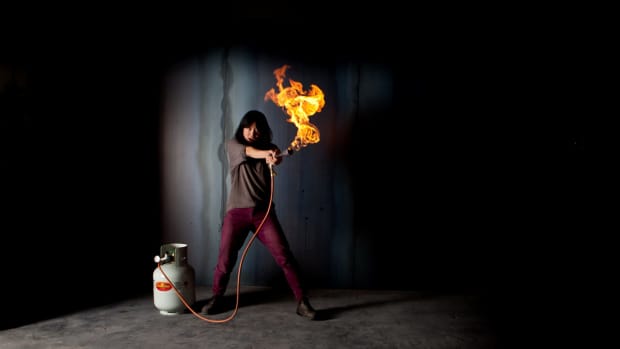 Ryujin's blackened "shinki" bowls are coaxed into existence from massive tree trunks which she first cuts into chunks ("like big birthday cakes") then hollows out and slowly refines on a lathe. The green wood slightly warps over the weeks as it's left to air-dry before ultimately being transformed by flames.

"Like the Daruma dolls that would crack, split and distort, the change that is brought to the bowls by fire is in stark contrast to the controlled transformation from wood to bowl on the lathe," she says. 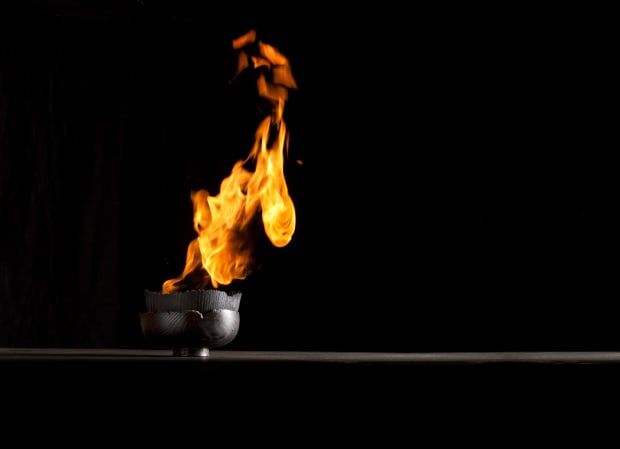 A delicate timber vessel is charred by fire. Makiko Ryujin

"Very quickly, the fire takes hold and consumes the fuel I have offered it."

The result is a series of unique pieces, elegant phoenixes risen from dramatic ashes. (Ryujin wields a blowtorch like Ripley hunting down aliens.) Some come out of the flames with dramatic fissures; others emerge finely aerated, almost lacy.

Once cool enough to touch, they're sealed with clear polyurethane to stop further decay and preserve the evocative grain.

"It's a celebration of the beauty of imperfection," says Ryujin.